Ex Japanese Prime Minister Shinzo Abe has been assassinated during a campaign speech, according to AFP

Japan household spending for May -0.5% YoY, well below analysts’ estimates of 2.1%

EURJPY pair weakened during the Asian session and is approaching major support zone around 136.75, which is marked with lower limit of the 1:1 structure, 100 EMA (purple line) and 38.2% Fibonacci retracement of the last upward wave. 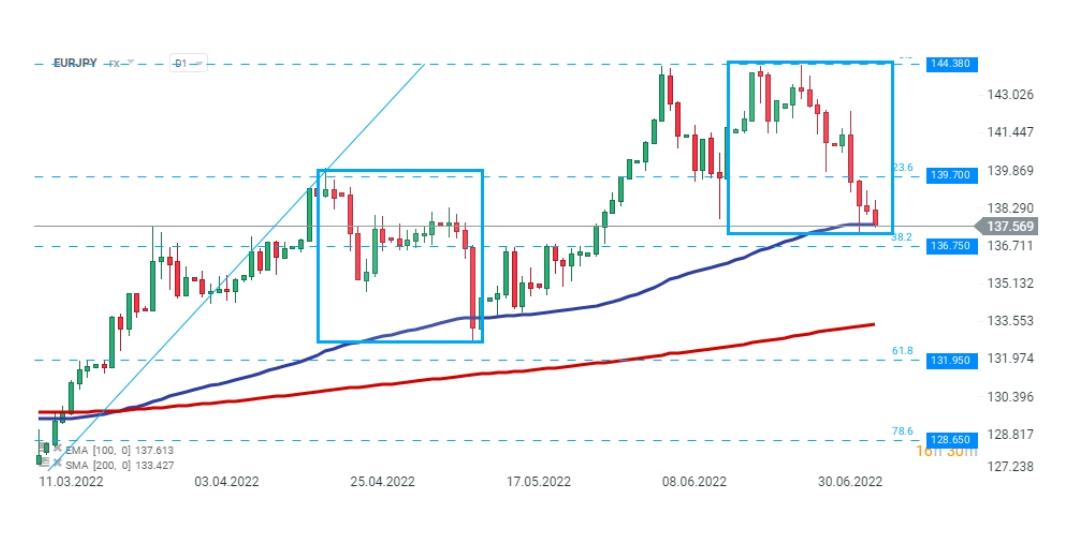