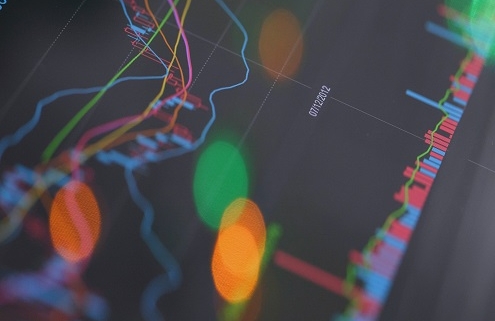 Still, this doesn’t mean that you should walk away like it’s a commercial break. Channels can be just as exciting to watch as Tiger King or Keeping Up with the Kardashians!

Trend channels are just another tool in technical analysis that can be used to determine good places to buy or sell.

To create an up (ascending) channel, simply draw a parallel line at the same angle as an uptrend line and then move that line to a position where it touches the most recent peak. This should be done at the same time you create the trend line.

To create a down (descending) channel, simply draw a parallel line at the same angle as the downtrend line and then move that line to a position where it touches the most recent valley. This should be done at the same time you create the trend line.

When prices hit the LOWER trend line, this may be used as a buying area.

When prices hit the UPPER trend line, this may be used as a selling area.

There are three types of channels:

When constructing a trend channel, both trend lines must be parallel to each other.

Like in drawing trend lines, DO NOT EVER force the price to the channels that you draw!

When this happens, this chart pattern is no longer a trend channel but a triangle. (which you will learn about more later).

That said, trend channels don’t have to be completely parallel. Nor does 100% of price action have to fit within the channel.

A common mistake many traders make is that they only look for textbook price patterns.

They miss important information about price action and close their eyes to other important clues.

Notice the channel drawings below…

How to Trade Support and Resistance
Scroll to top