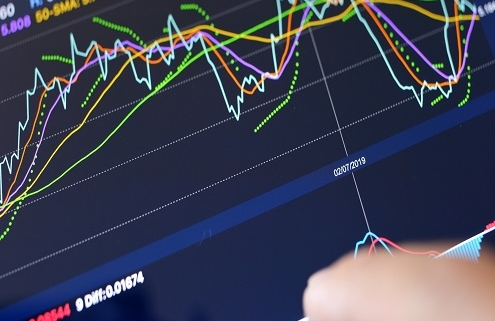 Forex trading is the simultaneous buying of one currency and selling another.

For example, the euro and the U.S. dollar (EUR/USD) or the British pound and the Japanese yen (GBP/JPY).

When you trade in the forex market, you buy or sell in currency pairs.
Buying and Selling in Currency Pairs

An exchange rate is the relative price of two currencies from two different countries.

Exchange rates fluctuate based on which currency is stronger at the moment.

There are three categories of currency pairs:

The “majors“
The “crosses“
The “exotics“
The major currency pairs always include the U.S. dollar.

Cross-currency pairs do NOT include the U.S. dollar. Crosses that involve any of the major currencies are also known as ” minors”.

Exotic currency pairs consist of one major currency and one currency from an emerging market (EM).

The currency pairs listed below are considered the “majors.”

These pairs all contain the U.S. dollar (USD) on one side and are the most frequently traded.

Compared to the crosses and exotics, price moves more frequently with the majors, which provide more trading opportunities.

Liquidity is used to describe the level of activity in the financial market.

In forex, it’s based on the number of active traders buying and selling a specific currency pair and the volume being traded.

The more frequently traded something is, the higher its liquidity.

This means that EUR/USD is more liquid than AUD/USD.

While not as frequently traded as the majors, the crosses are still pretty liquid and still provide plenty of trading opportunities.

The most actively traded crosses are derived from the three major non-USD currencies: EUR, JPY, and GBP.

What Is Traded In Forex?