Chinese authorities put some neighborhoods in Shanghai back into lockdown following a spike in local Covid-19 cases. Mass testing will also be conducted

RBNZ plans to start selling government bonds purchased as part of its QE programme in July 2022. Balance sheet will be reduced at pace of NZ$5 billion per year until holdings are reduced to zero within around 5 years

Cryptocurrencies are trading lower but the scale of decline is not major. Ethereum drops 0.4% while Bitcoin trades flat

Brent and WTI trade around 0.1% lower on the day

Unlike other indices from the Asia-Pacific region, Nikkei (JAP225) managed to post small gains today. The index is testing the upper limit of the Overbalance structure and a break above would hint at a trend reversal. 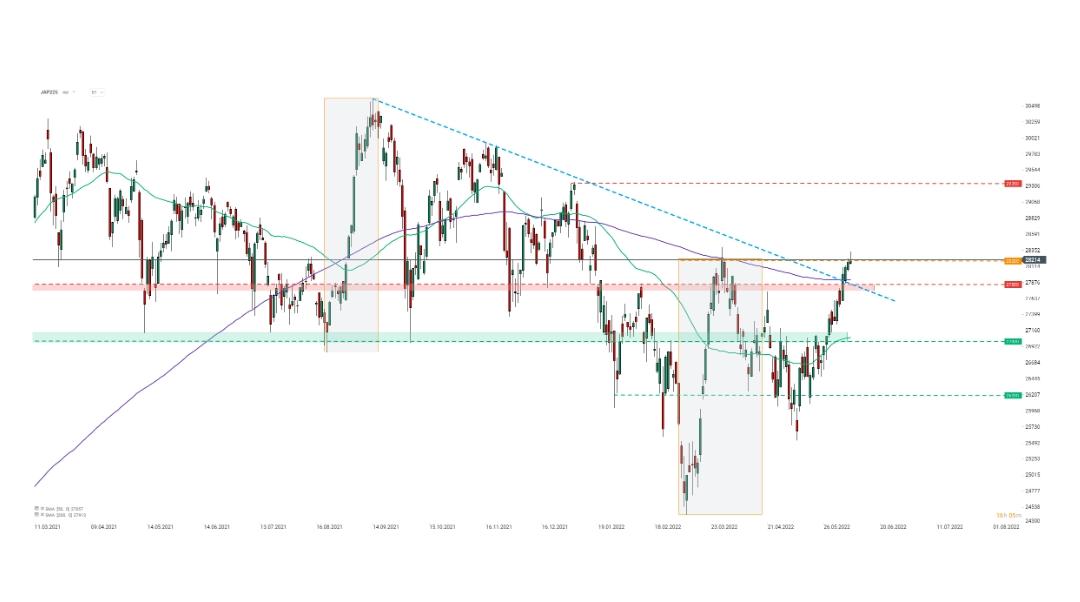