China said it will conduct military drills in the South China Sea. Some media reports also surfaced saying that 2 out of 3 aircraft Chinese carriers are heading towards Strait of Taiwan

Taiwan said that it will strengthen its combat readiness through Thursday

China banned imports from over 100 Taiwanese food factories, suggesting that China may stick to its previous playbook and punish US allies for US actions

The Reserve Bank of Australia delivered a 50 basis point rate hike, in-line with market expectations. RBA repeated that it expects inflation to peak this year and move back to 2-3% range in 2023. AUD dropped as RBA statement hinted there is no “pre-set path” to rate hikes

US President Biden said that Ayman Al-Zawahiri, Al-Qaeda leader, has been killed in a drone strike in Kabul, Afghanistan over the weekend. Al-Zawahiri was considered one of key planners of September 11 attacks

AUDUSD is pulling back amid lack of hawkish message from RBA and increase in China-US tensions. Pair pulls back from the resistance zone marked with a 38.2% retracement of a recent downward impulse. 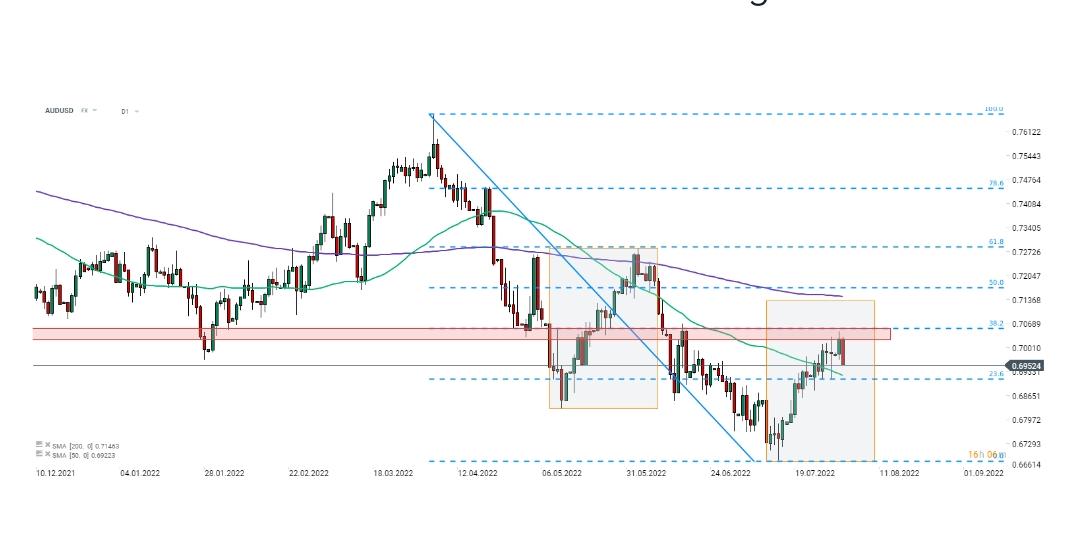