China would “strictly limit” unnecessary travel outside the country by Chinese citizens due to the spread of the COVID-19 response;

Toyota will suspend production in 12 plants in Japan, & will cut North American production further due to semiconductor shortages;

New Zealand April manufacturing PMI fell to 51.2 which is the lowest since August 2021;

Cryptocurrencies rebounded sharply – Bitcoin trades 8% higher and returned above $30,000 mark while Ethereum trades over 10% higher on the day and approached $2,100 area

Brent and WTI rose 1.8% and 1.5% respectively after OPEC cut forecast for world oil demand growth in 2022 for a second straight month

Bitcoin managed to recoup some of its recent losses  and broke above psychological $30,000 leve 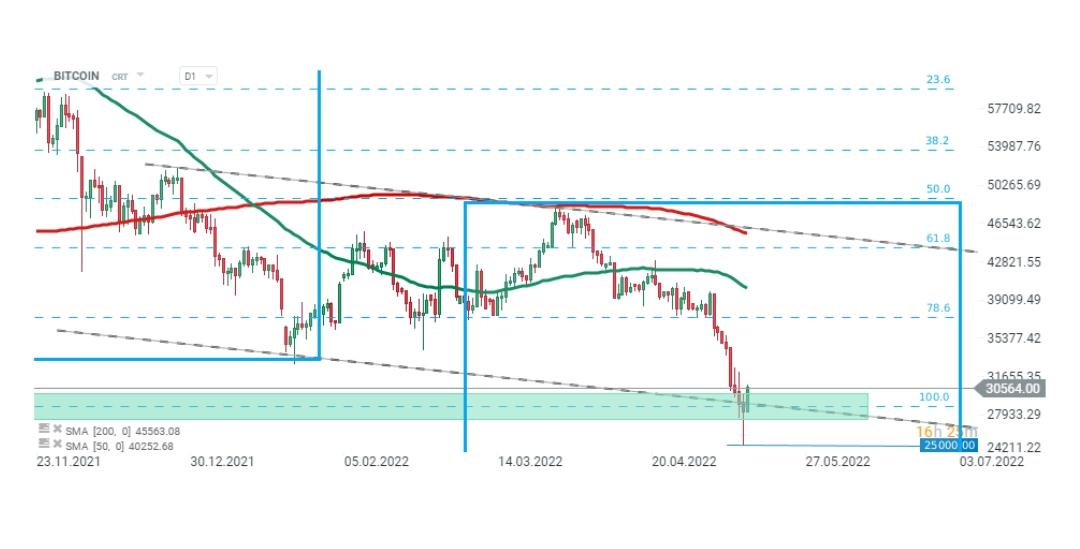