Fed’s Waller said that markets got ahead of themselves with pricing a 100 basis point rate hike for next FOMC meeting. Fed’s Bullard also said he opts for 75 basis point move rather than 100

Mario Draghi’s government won a confidence vote but coalition ally Five Star Movement refused to back it. As a result Mario Draghi offered his resignation to President Matarella. Resignation was rejected

EUR and NZD are the best performing major currencies while AUD and USD lag the most. However, ranges on the FX market were quite narrow during the Asian session

WTI (OIL.WTI) plunged yesterday and reached the lowest level since mid-February. However, price started to recover in the afternoon and regained more than half of a drop. As a result, a bullish candlestick pattern surfaced near an important support zone 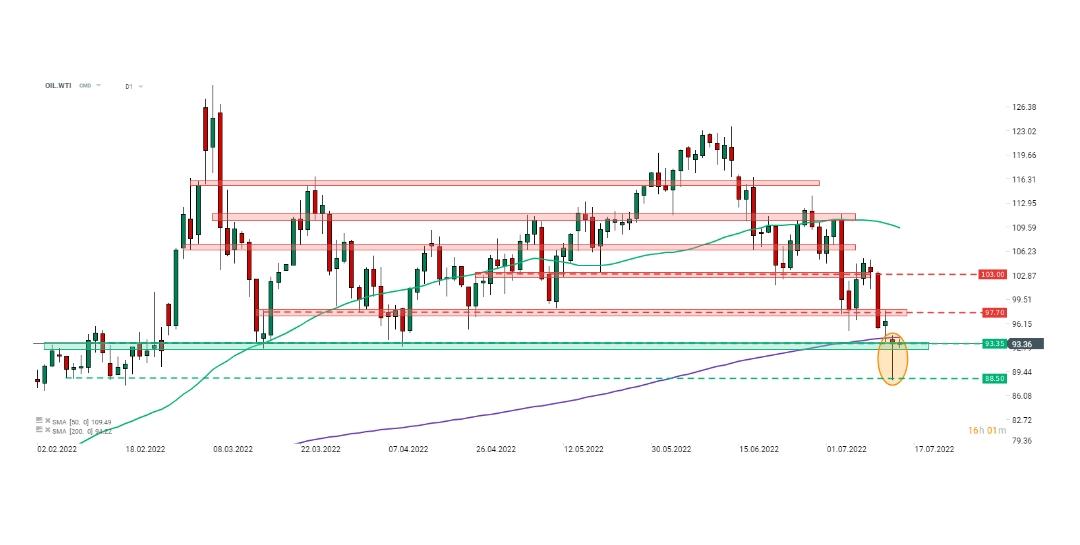