European Central Bank will hold an ad hoc meeting of the governing council today. Goal is to discuss current market conditions. EUR jumped on the news

According to Reuters report, Scotland is preparing to hold a new independence referendum

Cryptocurrencies remain under pressure. Bitcoin drops over 1.5% and trades near $21,000 while Ethereum drops over 4% and trades slightly above $1,100

Oil is trading slightly higher this morning. Brent gains 0.5% and trades above $121.50 per barrel

EURUSD jumped this morning following news of an emergency ECB meeting. An ad hoc meeting will be held today to discuss current market conditions. The meeting is expected to be more related to sell-off in European bonds rather than interest rates. Main currency pair is testing the upper limit of a recent short-term trading range. 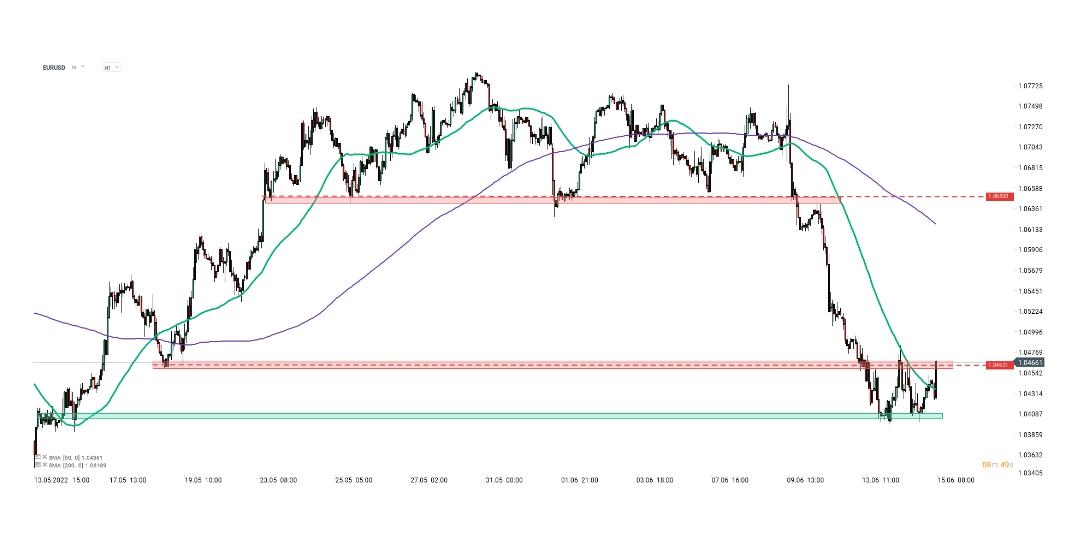