Oil took a hit overnight, dropping to the lowest level in a month. A move is puzzling as it was quite big but was not accompanied by any news that would justify it

Heather Boushey, White House economist, is optimistic that recession in the United States can be avoided

Janet Yellen, US Treasury Secretary, said that she believes there is a path for soft landing and that recession is not the base case scenario for most economists

Cryptocurrencies are pulling back slightly. Bitcoin drops 2.4% and trades slightly below the $20,500 mark. Ethereum drops 2.8% and moves back below $1,100

Precious metals are pulling back amid USD strengthening. Silver is a top laggard with 1.4% drop. Gold, platinum and palladium trade around 0.4% lower

Risk-off flows can be spotted on the FX market this morning. JPY, USD and CHF are the best performing major currencies while AUD and NZD lag the most

Oil prices dropped to a 1-month low following a steep drop during the Asian session. Move is puzzling as there was no trigger for it. Overall fears of recession as well as profit taking from long positions are said to drive the move. 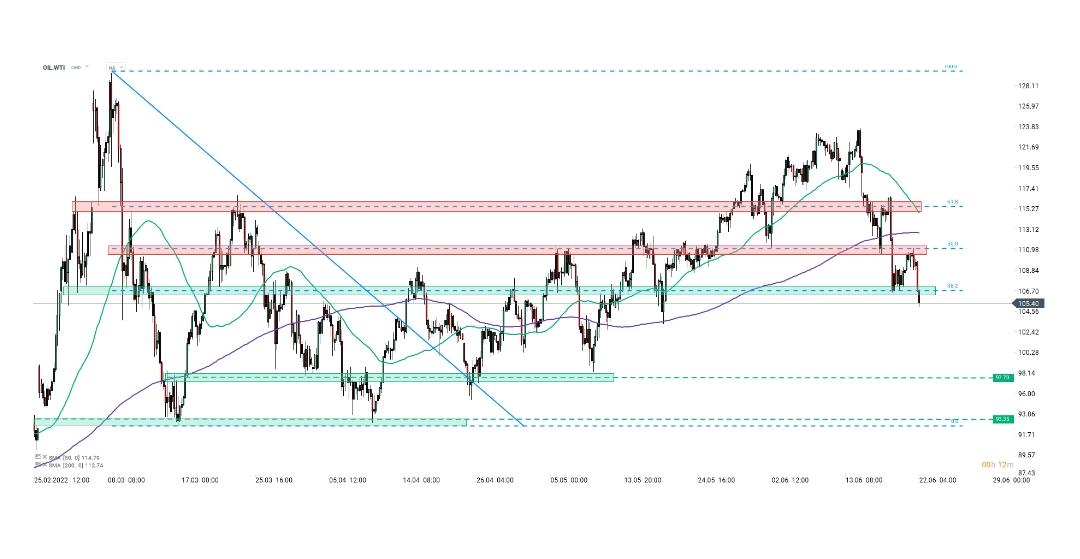