Blog - Latest News
You are here: Home1 / Technical analysis articles2 / How to Use Fibonacci Extensions to Know When to Take Profit 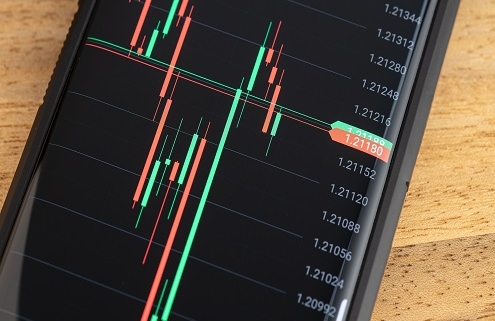 The next use of Fibonacci will be using them to find “take profit” targets.

When in doubt, know your way out!

Let’s start with an example of an uptrend.

In an uptrend, the general idea is to take profits on a long trade at a Fibonacci Price Extension Level.

This will display each of the Price Extension Levels showing both the ratio and corresponding price levels. Pretty neat, huh?

Let’s go back to that example with the USD/CHF chart we showed you in the previous lesson. 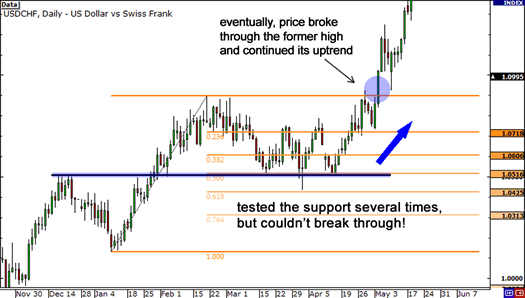 The 50.0% Fib level held strongly as support and, after three tests, the pair finally resumed its uptrend. In the chart above, you can even see the price rise above the previous Swing High.

Let’s pop on the Fibonacci extension tool to see where would have been a good place to take off some profits. 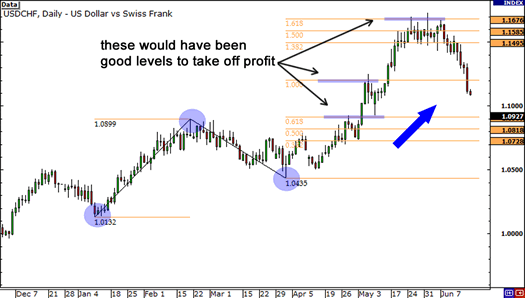 Here’s a recap of what happened after the retracement Swing Low occurred:

Now, let’s take a look at an example of using Fibonacci extension levels in a downtrend.

In a downtrend, the general idea is to take profits on a short trade at a Fibonacci extension level since the market often finds support at these levels.

Let’s take another look at that downtrend on the 1-hour EUR/USD chart we showed you in the Fib Sticks lesson. 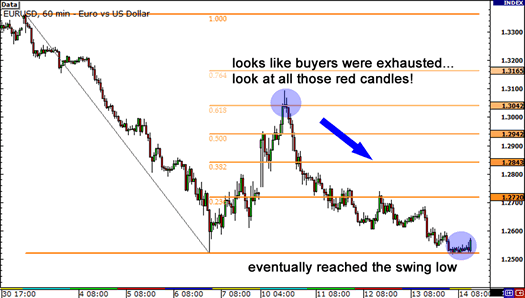 Here, we saw a doji form just under the 61.8% Fib level. Price then reversed as sellers jumped back in, and brought price all the way back down to the Swing Low.

Let’s put up that Fib Extension tool to see where would have been some good places to take profits had we shorted at the 61.8% retracement level. 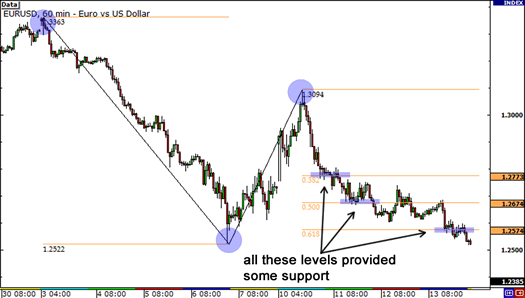 Here’s what happened after the price reversed from the Fibonacci retracement level:

We could have taken off profits at the 38.2%, 50.0%, or 61.8% levels. All these levels acted as support, possibly because other traders were keeping an eye out for these levels for profit-taking as well.

The examples illustrate that price finds at least some temporary support or resistance at the Fibonacci extension levels – not always, but often enough to correctly adjust your position to take profits and manage your risk.

Of course, there are some problems to deal with here.

First, there is no way to know which exact Fibonacci extension level will provide resistance.

ANY of these levels may or may not act as support or resistance.

Another problem is determining which Swing Low to start from in creating the Fibonacci extension levels.

Again, the point is that there is no one right way to do it, but with a lot of practice, you’ll make better decisions of picking Swing points.

For now, let’s move on to stop loss placement!

How to Use Fibonacci Retracement with Japanese Candlesticks